Proportional Representation is the term for a family of systems of conducting elections . In PR systems, the percentage of votes that a party receives corresponds to the percentage of seats that a party obtains in government. For example, if a party receives 30% of the total votes, they will receive about 30% of the total seats. Proportional Representation systems have wide variation in the size of electoral districts, the number of members per district, the ballot structure, and counting rules.

Premier John Horgan has stated that in the event a proportional system is chosen, it will not use closed party lists that specify which candidates will be elected to the party top-up seats. All systems will instead use open lists. Open lists mean that parties will nominate candidates to their list of regional MLAs before the election and voters can then vote for these candidates directly on the ballot rather than voting for a party. In many countries, voters have the option of voting for a party or ranking candidates. This has not been decided in BC.

One important way PR systems achieve a correspondence between overall party support and the number of seats the party gets is by electing more than one person per electoral district (riding, constituency). This map shows which countries have single-member districts, like in our current system, versus countries that have multiple members per district. 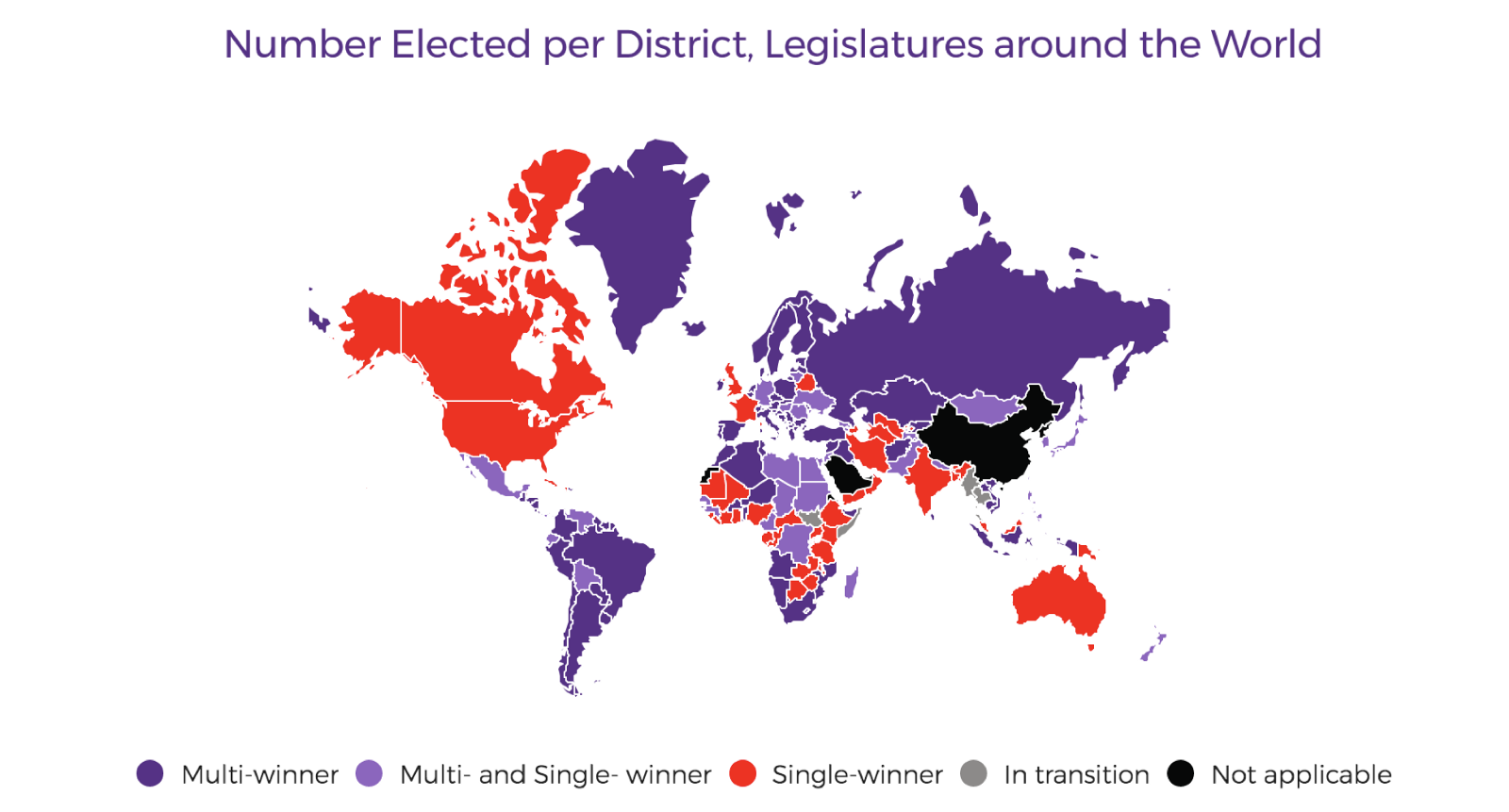