Dual Member Proportional is a new electoral system that aims to keep the simplicity of First Past the Post but add proportionality by combining two districts into one and electing two members from that district.

The voting process is very similar to the current FPTP system as voters cast only one vote. Their vote would either be counted for a party as well as the candidate(s) that party is running, or an independent candidate.

In Dual Member Proportional, non-rural ridings will be combined with neighbouring ridings. This will double the size of these ridings and reduce the overall number of ridings. Large rural ridings however, will remain unaltered. Whether or not a riding will be combined will be decided after the referendum by an independent electoral boundaries commission.

Independents are still able to run and be elected as the secondary candidate if they win either first or second in their district. If independents place third or below they are eliminated. Parties must win at least 5% of the province wide vote in order to win a secondary seat.

If DMP is chosen as the prefered voting system in the referendum, an independent electoral boundaries commission will determine which electoral districts will be combined and which larger rural ones will remain the same. The Legislative Assembly will either stay the same size or increase by only a few seats to accommodate for the new electoral system.

DMP was developed in Canada in 2013 by Sean Graham with funding from the University of Alberta. It is currently not in use, although it was an option in the last PEI and BC referendums on electoral reform. 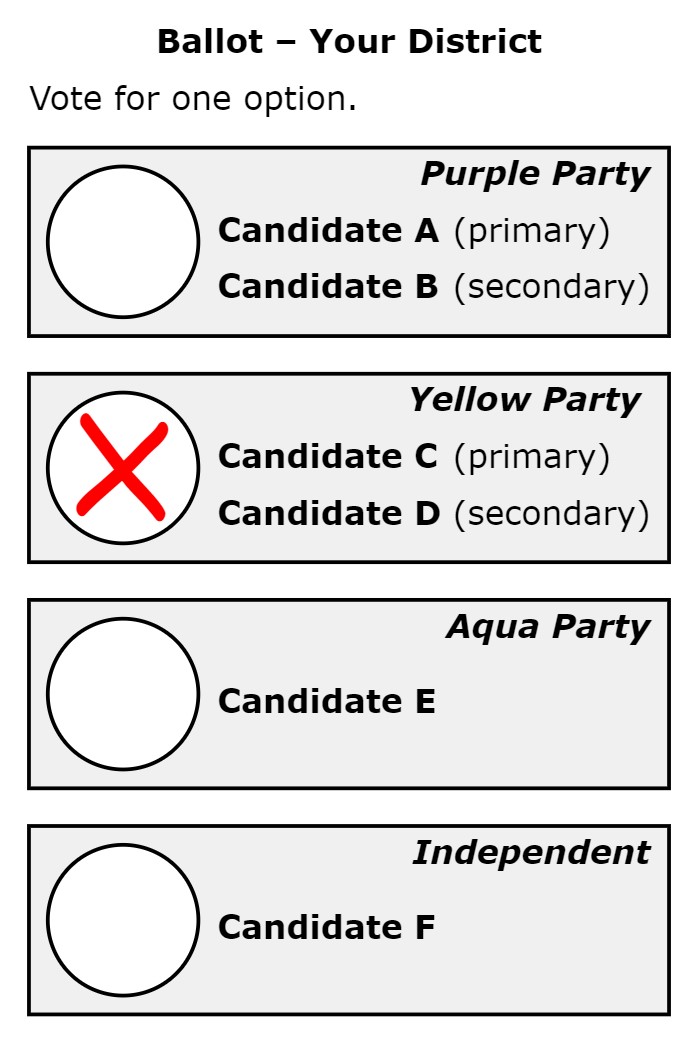